Giving Back – How AIM Helps the Community

AIM Retail Partners, LLC Dba AIM Website Management is an advocate of giving back to the community.  We make it a point to volunteer time each year to help out various non-profit organizations. If we could, we would do nothing else but support all of the great non-profits out there. However, we have to make a living so our projects are selected carefully.

We developed the new WordPress website back in 2010 and continue to support the organization with the site to this day. We never charged them a dime to build it – all time was donated. This organization is dedicated to community service in the Prescott area, so we were glad to help.

On June 30, 2013, when we lost our Granite Mountain Hotshots, AIM immediately stepped up and incorporated fundraising into the site.

Matt Fay, owner of AIM was a full time firefighter with a Prescott area fire agency when the GMIHC was lost.  The morning after, Matt immediately began the fundraising efforts for the family.  It took three days for a Charities representative to call up and ask that we incorporate a donation system to the website (they were pretty overwhelmed).  Matt was able to tell him “It’s already been done and there is already money being donated.”

The fundraising information and opportunities incorporated into the website were directly responsible for generating over $1,500,000 in donations for the families of the firefighters lost.

During those two weeks after the tragedy, we spent the vast majority of our time assisting with obtaining donations and responding to the incredible support from around the world. We read over 2,000 emails within two weeks after the accident, and responded to many of those. This was an emotional time for our staff, but we were proud to do it.

AIM created their first website website for no charge, and we still work to keep the website running. This website is a popular tool for families looking for services in High Country’s service area.

In February of 2016, AIM built a new eCommerce website for the Eric Marsh Foundation.  This foundation’s mission is to assist next-of-kin of wildland firefighters killed in the line of duty and wildland firefighters with PTSD.  We built it for free, provided full support, training, and hosting for free for two years.  That was enough time to see the organization grow and become able to take over the website duties. 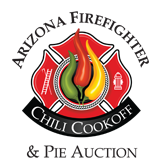 Some of the charitable organizations that the GCFFA donates to include the Cystic Fibrosis Foundation, the 100 Club of Arizona, the Yavapai Humane Society, the AZ Burn Foundation, and the Red Cross.

AIM Retail Partners donated our time, hundreds of hours, in the planning, organizing, and marketing of many of the GCFFA events.

Additional Ways in Which We Have Given Back

1. Assisted in creating the “United We Stand Prescott” event in September, 2010. This was an event that was designed to generate donations of goods to be given to our troops overseas. We developed the online marketing for this event.

2. The staff and families of AIM regularly volunteer at area charitable fundraising events.

4. We are currently active in running and cycling events, with a particular interest in events that raise funds for charity.  Through these events, we have actively raised donations for St. Jude, Toys for Tots, Yavapai Humane Society, and more.  We make a point to do two or more of these events every year.